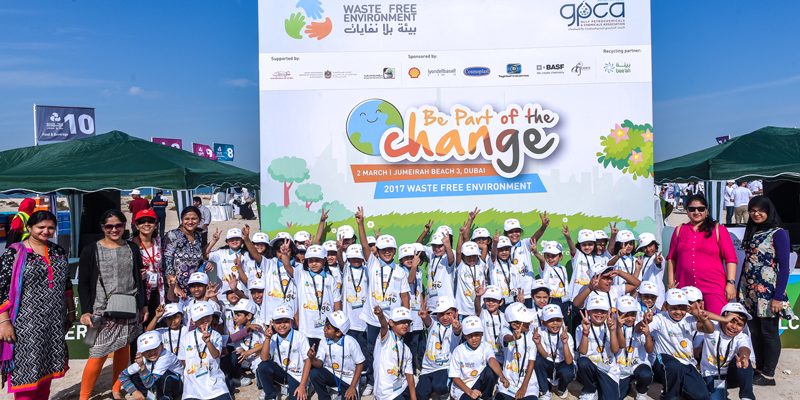 Dubai, United Arab Emirates, 29 January 2018 – In line with the regional drive towards sustainability and the conservation of resources, the Gulf Petrochemical and Chemical Association (GPCA) is pleased to announce the launch of its sixth Waste Free Environment Campaign. This year, the initiative focuses on the importance of plastic recycling and fostering collective responsibility among GCC residents.

The latest edition of the campaign comes amid a time of great change in the region, as governments, organizations and global entities prioritize more sustainable practices, greater resource efficiency and higher recycling rates that contribute towards realizing – on both regional and global level – the social, environmental and economic objectives set in recent years.

The campaign will run from 18th to 22nd of February in key locations across the GCC and the world, engaging influential change makers such as government stakeholders, industrial giants, educational institutions and the wider community, across the region and globally, to shift perceptions of plastic and incorporate sustainability into the habits among the public.

Over the last two years, Waste Free Environment has shifted away from being a clean-up campaign to expanding its reach and creating greater awareness about the importance of recycling, responsible litter disposal, and the benefits of plastics in modern day life. In 2017, the campaign expanded its reach to four continents, 13 countries and 23 cities.

According to a GPCA survey, only 38% of GCC residents have an informed view of recyclable and degradable plastics, signaling the need to incorporate more information on this important subject in the education systems across the region. The survey also found that almost half (48%) of the 4,076 respondents support the practice of recycling plastics into new products, rather than resorting to conventional waste disposal.

As part of this year’s campaign, GPCA members are organizing school visits to engage with students, in addition to taking part in environmental clean-ups and public awareness events, designed to reach out to thousands of community members and raise awareness about the importance of the 3Rs and the role of plastics in driving sustainability around the region.

In addition to touching the mind sets of the new generation, Waste Free Environment contributes to the UN’s Sustainable Development Goals (SDG) 12 and 14 by promoting sustainability, the preservation of our oceans, alongside responsible and efficient resource and energy use.

Dr. Abdulwahab Al Sadoun, Secretary General, GPCA, commented: “Over the years, Waste Free Environment has witnessed an overwhelming growth, having achieved global recognition as a truly GCC campaign. Now in its sixth edition, Waste Free Environment highlights the opportunities to reuse plastic and reduce waste by implementing the principles of the 3Rs and moving towards the circular economy concept. At GPCA, we believe that the future of our planet lies in the hands of each and every one of us, which is why with Waste Free Environment – together with our members – we aim to educate the public about the opportunities to incorporate sustainability into their daily habits, and building awareness around the harmful impact of irresponsible litter disposal and the lost opportunities due to lack of recycling.

“As one of the most versatile, light-weight and cost-effective materials, plastic contributes immensely to our quality of life, while ensuring resource and energy efficiency, clean water and sanitation, preventing food from going to waste and safeguarding the livelihoods and nutrition of millions of people across the globe. To address the real issue at stake, we need to look at educating the public in a way that puts an end to unmindful littering and incorrect disposal of plastic waste.”